Ruth gives us her view from the Elite category...

So, firstly an apology for my lack of updates on the AQR Blog site.  During my first race of 2013 I was lucky enough to be paired up with fellow AQR Team member Rachel Sokal, who brought her laptop with her to our race in and did a great job of keeping our progress up to date each day.

As Rachel flew home from Spain after our tiring, but exciting week in Andalucía, rather than doing the same, I decided I hadn’t had enough hours in the saddle so I picked up a hire car and drove to Portugal for some ‘heels down’ skills training and guiding from Kate and Ian at their annual base each March in Alte, Portugal.  Unfortunately the weather was less than favourable, but I still spent a great week gaining lots of advice and guidance off Kate and Ian and I was pleased when I could still manage many of the hill climbing challenges even on tired legs!

After flying back to the it was time for some well needed recovery and preparation prior to the first round of the British Series two weeks later.  Unfortunately the tiredness got the better of me and I went into the Sherwood Pines National feeling on less than top form, but still ready to give it my best shot, especially as our result in Andalucía had enabled me to claim a front row gridding spot – no pressure!

The conditions were, to put it bluntly – horrible!  Most other sporting events that were scheduled to take place that weekend were postponed due to the forecasted heavy snow.  But as hardy mountain bikers our race went ahead as planned, which led to an interesting drive through the fresh snow from Casa de James D to Sherwood Pines – an adventure before the race had begun!

I was determined to christen my new AQR skinsuit, so in order to do so without freezing to the bone I wore a base layer underneath – not the best look in the world, and I was pretty cold on the start line, but when we got going I was just right. I know I have a fairly strong sprint in my legs so I wanted to make sure I got a good start and make use of the front row grid opportunity.  However after we were warned on the start line of the first corner being very icy I was a little apprehensive.  The gun went and we all shot off the line – I looked to my left and saw that I’d started really well, much better than I expected….and then I saw the ice, backed off and promptly went backwards.  Frustratingly this meant I lost the lead group which I’d promised myself I’d try and stay with for as long as I could, so I got caught in queues of riders in the single track and just couldn’t get back into the mix.  I found myself in a small group with a couple of other riders and we spent the next three laps to-ing and fro-ing, and then one of them got cramp and fell off right in front of me.  After trying not to ride straight over her and checking she was ok as I went passed I made sure I kept with the rider in front as she rode on.  Coming into the arena for the last sloggy time I gave it all I had and caught up with 19th place and we ended up doing a sprint to the line in the slush/mud, but I couldn’t quite beat her, so I finished 20th place out of 28 starters.  However, even though I am not overwhelmed by my result, I was happy with the way I rode.  Plus knowing that I wasn’t far behind others means that when I am feeling on top form I will hopefully leave them behind.  It is important to remember that the first race of the year is always highly competitive with riders wanting to show how good their winter has been and 28 starters was the biggest elite women’s field I’ve seen so far at a race.

April has been a ‘steady’ month for me, trying to get of the remaining fatigue from Spain/Portugal whilst also getting a few high intensity sessions in to keep my speed up, I’ve certainly had to rely on the expert guidance from our AQR coaching guru Kate as it is so easy to do too much and never really let your body recover.

Leading into late April and preparations for the second British Mountain Bike Series round at Redruth (no jokes please!) in I’ve been feeling much better, although not 100%, but worlds better than a month ago.  I was also pleased to see that the forecast was looking mostly dry so I was looking forward to a snow free race!

After spending Friday flying to and from Glasgow (literally with about 4hrs there before coming back again) for a Commonwealth Games Volunteering interview I then had to pack the car ready for a 3.5hr drive to the opposite end of the UK.  Early reports from fellow elite xc racer Emma Bradley confirmed that the weekend’s course was dry, dusty, rocky and fun – just what I needed to hear!

I arrived in time for two practice laps late on Saturday afternoon and felt happy with my choice of lines and the bike set up – the course was much better suited to my strengths than Sherwood Pines as I love rocky trails, I just could have done with slightly longer hills to help me get away from competitors, but we can’t have everything!

Pleased to have another front row gridding I knew I needed to make the most of it this time and not let half the field sail past me as back off due to ice (no chance of that thankfully!).  The start was a bit of a squeeze, with me taking the last spot on the front row right next to the barrier – less than ideal but I decided to make the most of the situation.

As the gun went initially I made great progress, but then had issues clipping my foot in quickly.  Undeterred, when I finally had both feet securely in place I fought back into the pack and stayed in the mix around the arena and into the first rocky single-track.  This is where I need to learn to rider quicker – which may sound simple, but everyone has their own ‘limit’ at which they are comfortable on technical sections, and mine simply wasn’t fast enough on this occasion.  As I got to the bottom of the first descent I’d dropped back a little and had let a gap appear.  I fought my hardest to keep up, and felt for the majority of the first lap that whilst not in the top group I was still with a good number of riders and I felt happy that this was going to be a good race.

Going into lap two I got half way down the first descent and by now the various women’s categories and youth male racers were all getting mixed up there were quite a lot of riders around so it was a challenge to get around slower riders and move out of the way of quicker ones.  I came round a corner and was faced with a female rider who was evidently struggling with the descent and I couldn’t get past and felt I had a lot of catching up to do.  To make things more frustrating, the same thing happened, on the same descent (with a different rider) on the 3rd lap! Thankfully I’d managed to stay with a couple of riders after all of the chaos and battled on to keep them in sight.  By the end of lap three I was in 18th place, with 16th and 17th in sight.  During lap four 16th got away slightly and then with about 1km to go I turned around to see Sally Bigham coming up behind me – this was a surprise as I had not expected to get lapped.  I then made the decision that as this meant I was now on my final lap, rather than penultimate, I had to do everything I could to catch 17th place. I quickly had my final lap caffeine gel and went for it.  I had hoped I’d have the element of surprise after Sally had passed me but not caught 17th place yet as she would still be thinking that there was one more lap to go.  Sadly even though I did my very best and I know I must have made time up on her, I couldn’t catch her and finished in 18th place, 30 seconds off 16th.

I learned a lot from this race.  Firstly, I need to keep practicing my race starts – I did this a lot last year, but haven’t so much recently and I can’t be messing up my clipping in like that again.  I also need to ride faster – let myself go a bit more, because it’s not that I can’t ride things, I just need to ride them faster (simply really!)  I was pleased to see from the results that my lap times were close to the next four riders and just 30 seconds off each lap could have got me a much more respectable 15th place finish.  However, three riders didn’t finish so things could have gone worse and had I been able to complete my final lap who knows what might have happened!

All this is good practice for my next adventures – next up is the Welsh Mountain Bike Championships, 19th May at , followed a week later by the Czech Republic World Cup!  Not only did Andalucía give me a front row gridding at British races, it has also enabled me to qualify for a World Cup.  Whilst I need to be realistic that I am likely to get lapped – I will be able to compete with the best of the best and learn such a lot from them and how they race.  I have chosen the Czech World Cup, which is round two of the series and falls nicely on a Bank Holiday weekend.  In order to improve as a racer I need to push myself and I would kick myself if I didn’t take up the opportunity to race at a World Cup, so here goes! 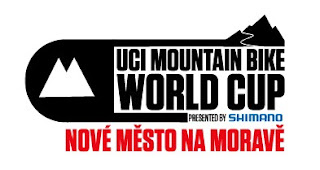