The Pit and the Podium

Preparation for Bontrager Twentyfour12 was not going well for the Cotic-AQR race team. All 11 of the XC/endurance racers were entered for the event but with two days to go we were down to just six fit (or fit-ish in some cases including my own) riders. Some major changes were required but somehow by Friday evening we managed to have teams and riders organised and we were ready for the event.

Following a fantastic performance at the National 24hr championships back in May we were delighted to secure the services of Carole the mother of all pit mothers. Carole was assisted by Ant who due to injury was unable to race. Between the two of them all the racers were kept warm, fed and watered; the Cotic Sodas, Souls and KP24s were clean and shiny; and everyone in the right place at the right time.

Anne and Simon took the hard option and raced in the 24 hour pairs. This was Simon’s first experience of riding in a 24 hour race but had gained plenty of experience from supporting Anne in the pits on previous occasions. A strong and well-paced performance saw them convincingly take first place, five laps ahead of second. You can read more about their race on Anne's blog. 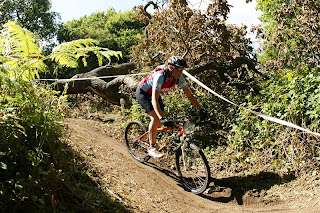 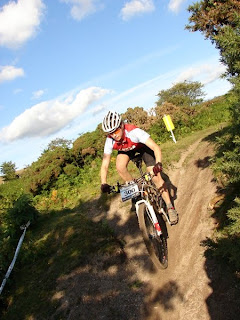 Kirsty and Ruth were competing in the female 12 hour pairs hoping to build on their impressive race at Bristol Bike Fest last month. Another fine performance saw them complete 12 laps in 12 hours 4 mins, a lap ahead of their nearest opponents making it two years out of two that the team have won this category. 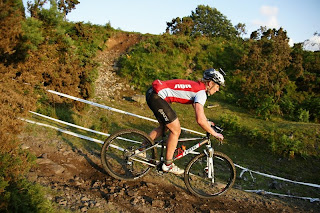 Riding in the mixed pairs competition were Ian and Katie. They had already won the prize within the team for the furthest distance travelled to the race racking up a distance of nearly 2000 miles between them. If the travel had made them weary it didn’t show and they completed 13 laps in just over 12 hours, gaining the team another first place. 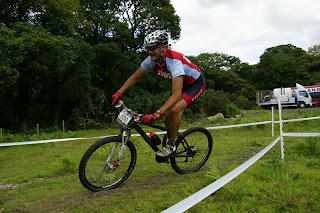 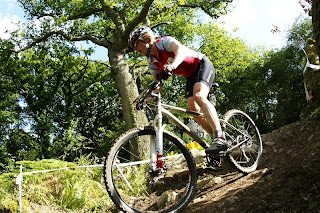 Thanks to our guest riders despite the team’s injuries we were still able to compete in the team 12hr event. An excellent performance saw the Matt, Mat, Eelco and Dan gain fifth place in the male team category against some stiff competition. This was a fantastic performance by the boys who were brought together only hours before the start of the race. 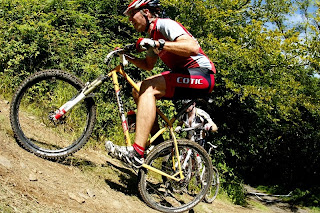 Matt leading the way for the boys

And finally there was me racing in the 12 hour solo. Originally I was due to ride in the team event, a nice way to get some more racing experience following my injury back in March and long lay-off since. But, due to Kate’s injury, I took her place just a day before the race. Now, there are some advantages of only having 24 hours to prepare for your first 12 hour race, namely there is little time to get anxious about it. Unfortunately the advantages are far outweighed by the disadvantages and to say I was slightly unprepared would be somewhat of an understatement. Fortunately for me I had the brilliant support of the rest of the team so managed to make it to the start line ready to go and with plenty of tips and tricks to employ throughout the race. Having never done this time on the bike before my race was largely trial and error with my main objective to use this as a training ride and gain experience rather than to race the event. After a few laps I seemed to get a good rhythm going and started to really enjoy myself. The course was great fun with loads to think about which meant that I never got bored or mentally had to convince myself to keep going. The trouble is I probably got rather carried away and probably went a bit too hard which left me hanging on a bit for the last few hours. At this point I really benefited from my Cotic KP24 which as a super-lightweight full-suss bike didn’t slow me down on the climbs but evened out all the lumps and bumps of the roots and rocks allowing me to save energy to turn the pedals. With the support from the pit crew at the start of each lap and my team mates as they whizzed past me I kept plodding on and was delighted to come home in second place having completed 11 laps in almost 13 hours of riding. 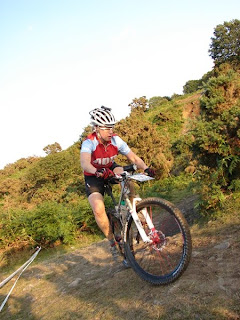 So all in all, despite some last minute changes, it was a fantastic weekend of riding and racing for the Cotic-AQR Race team. Maybe we should approach every race with a half fit team. Thanks to Snapperchick and Ant Jordan for the photos